Popular
Binge Eating: The Most Common Eating Disorder in...
Eat These Foods To Lose More Weight
Exploring the Intersection Between Obesity and Sexuality
Do Probiotics Help You Lose Weight?
10 Best Herbs and Spices for Weight Loss
Why I Now Believe Male UltraCore is the...
The Easiest Way to Get Erectile Dysfunction Medication
What You Need to Know About Penile Yeast...
The Number One Reason Why Guys Are Bad...
Old Man Sex: What You Need to Prepare...
Home » Why You Should Roleplay and How
Sex

Why You Should Roleplay and How

So we’re not saying you should whip out the costumes the first time you do the deed. But if you’ve been sexing it up for a while and every time’s starting to fade into the other time, it might just be time for roleplay.

Here are five reasons why you should try roleplay out:

Make our fantasies come true, no matter how silly you feel at first, and you’ll have us going crazy to put on that schoolgirl outfit again.

Talk about your fantasies and make a date to head to the nearest Adam and Eve. Just looking at costumes will get you excited. Plus, roleplay often leads to even kinkier stuff. Unless you’re boring as hell, you probably crave some creepy shit every once in a while, right?

Here are some of our favorite roleplaying fantasies:

A lot of girls like being dominated, and a lot of guys like dominating. Not to mention, you look fucking hot in a suit. Whip off that tie, tie her up, pull her hair, and fuck her hard.

Once again, you’ve got dominant and submissive roles. Plus, so many girls fantasize about seducing someone they’re not supposed to seduce.

Let her spoil you and drive you crazy. You’re not supposed to fuck the stripper, but you know you’re going to.

Sex with a stranger

Sex with your same old partner can get boring, and cheating tempts a lot of us, no matter how much we hate to admit it. So be someone else for a night. Have a one-night stand. Wanna get really into it? Bump into each other in a bar. Even better? Watch each other flirt with other people first.

We’re not talking furries and weird-ass masks (though if you’re into that, go for it) There’s nothing like sex when you both totally let go of all inhibitions and fuck each other’s brains out. Hardcore licking, biting, and all around wildness are sure to satisfy you both. 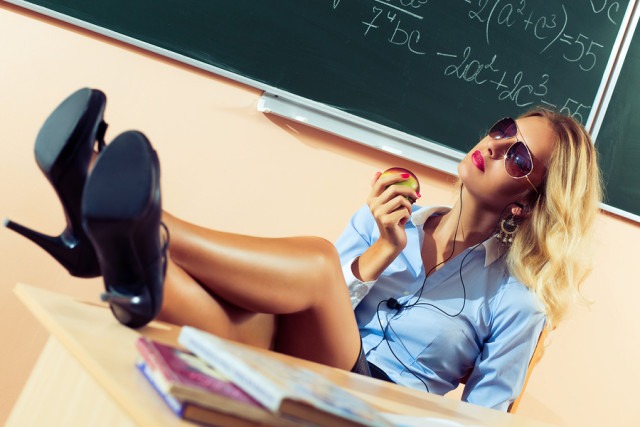 ‘Cause there’s nothing like relaxation followed by a happy ending.

Whatever the fantasy, roleplay is sure to get you and your partner excited to hop in bed together again. Let your imaginations run wild. And for real success, just let go and get into it.

How to Make Her Want You and Avoid the Friend Zone

8 Tips for How to Build Muscle Like a Beast