Popular
Binge Eating: The Most Common Eating Disorder in...
Eat These Foods To Lose More Weight
Exploring the Intersection Between Obesity and Sexuality
Do Probiotics Help You Lose Weight?
10 Best Herbs and Spices for Weight Loss
Why I Now Believe Male UltraCore is the...
The Easiest Way to Get Erectile Dysfunction Medication
What You Need to Know About Penile Yeast...
The Number One Reason Why Guys Are Bad...
Old Man Sex: What You Need to Prepare...
Home » WHAT YOU SHOULD KNOW ABOUT EPIDIDYMAL HYPERTENSION “BLUE BALLS”
Sex

Ever felt or experience pain and discomfort in your testicles after a period of excess erection without engaging in sex or release of orgasm? That exact feeling has a name. It’s called epididymal hypertension or blue balls. The pain can be sometimes excruciating and also last for a long time. Even, one might begin to think it’s an acute attack on one’s balls.

Would it shock you to know that EH is actually normal? Yeah, you heard that right, it is not strange or eerie. It’s a condition that spells out the sexual frustration of the male gender especially when our partners are not around to satiate our sexual longings or when our sexual fantasy gets the best part of us.  Wonder why it is also called  “blue balls”? It is because of the bluish coloration present on the testicle during the pain process.

What is epididymal hypertension? 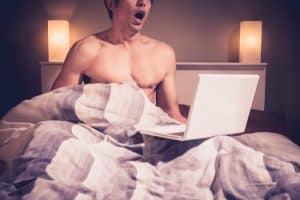 If you’ve been harboring unanswered questions in your mind as to why you frequently feel this pain without no answer in sight, all you need do is to stay glued to this article. Now, in order to have a concrete grasp of the causes of blue balls, it’s important to understand how erection in the penis occurs. Whenever your penis gets erected, blood vessels transporting blood to the penis expand. This is a result of the neuro-transmitted signals from the brain to the blood vessels. As blood flows into the penis, it becomes more erect and firmer. The blood which goes into the penis region is not allowed to flow back into the body as they are expected to be processed and passed out from the penis as sperm.

Now, when a man’s penis stands erect for a good length of time without passing out sperm, the blood present in the penis begins to form, hereby causing heaviness. Also, as the blood flows through genital tissues, oxygen is absorbed, hence giving the testicles the blue tinge – what transforms into blue balls which are used to describe the whole phenomenon. While the epididymis which is the tube carrying the semen is not properly engaged for the release process, it gets pressurized hereby resulting in ache and pain for the whole body. 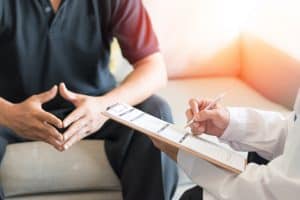 If you ever find yourself in this condition, do not panic. In fact, normally, it’s a condition that should relieve you once your penis gets flaccid. It is completely benign as it poses no danger to your health. You don’t have to go get any drug or see any doctor for the pain to subside. However, the only thing you can try to do to relieve the pain is to have an orgasm. This you can do by having sex with your partner provided she is available or you could masturbate to send it all out. The choice is yours.

Now, if releasing the semen is not possible, you can try to get your penis to return to its usual flaccid position. This you can do by having a cold shower, or by distracting yourself and getting off the sexual mood.

However, if you still feel pains all over your testicular region, what you have to do is to see a doctor so that tests can be carried out and a proper diagnosis be made as regards your situation. Note that, other conditions that can cause persistent pain in the testicles include; testicular cancer, varicocele (a situation where the veins in the scrotum become swollen); testicular torsion; epididymitis Orchitis which is the enlargement of the testicles, and epididymis. Note that, though epididymal hypertension is a mild condition, you must take into cognizance any strange sensation in your testicles as it might be an indication that you might have contracted another ailment.

WHAT WORKS BETTER FOR WEIGHT LOSS; DIETING OR EXERCISING?