Popular
Binge Eating: The Most Common Eating Disorder in...
Eat These Foods To Lose More Weight
Exploring the Intersection Between Obesity and Sexuality
Do Probiotics Help You Lose Weight?
10 Best Herbs and Spices for Weight Loss
Why I Now Believe Male UltraCore is the...
The Easiest Way to Get Erectile Dysfunction Medication
What You Need to Know About Penile Yeast...
The Number One Reason Why Guys Are Bad...
Old Man Sex: What You Need to Prepare...
Home » Not So Fast: 4 Must-Consider Issues Before Settling Down
FitnessSex

Not So Fast: 4 Must-Consider Issues Before Settling Down

You can’t help who you fall in love with. Or can you? Should you? It’s tempting to just go with the flow when it comes to dating, but when you reach a certain age or mindset, you have to realize the girl you’re dating could someday become the girl you want to be with long term. Ride or die. Wife material.
You could be the most easygoing person on the planet but still have deal breakers, or total no-gos when it comes to a relationship. There’s nothing wrong with that. Actually, it benefits you a lot when you know what you want. As harsh as it sounds, you won’t waste any time with someone who doesn’t want the same things as you. And when it comes to compatibility, wanting the same things from life is pretty damn important, no matter how many butterflies you’ve got in your stomach right now. Here are 4 must-consider issues to work through before you commit for the long term: 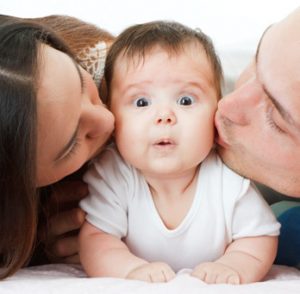 Kids, kids, kids. They poop, they scream, they throw food, they wake you up at odd hours, they take over your entire life. Sounds like a blast, right? To plenty of people, yes. To plenty others, hell no. If you’ve wanted kids all your life but your partner is hands-down anti-kids, you might need to have a serious talk about long term expectations and goals. When it comes to kids versus no kids, there isn’t much room for compromise.

How much does it matter to you what your partner believes in or doesn’t believe in? If you have kids, would you insist on raising them in the church or completely keeping them away from religious influences? Would you be cool with someone who has beliefs that are essentially, fundamentally different from yours about the way the world and the afterlife works? These are big questions. There’s no right answer. Religion can be a huge source of discord, though, so think hard on it. 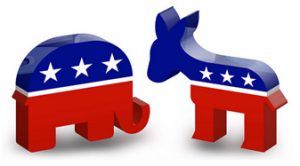 This one overlaps with religion a lot, and what both religion and politics really reveal is where you stand on your personal values. Are you more authoritarian or teamwork oriented? Do you believe in personal choice and freedom or power and control? Republicans and Democrats can have fine marriages. But that’s only if they can find a way to respect each other’s different viewpoints without totally exploding come election season.

City life is radically different from planting corn and tending to horses on a farm. Suburbs can drive wandering souls crazy, and constant travel can stress the hell out of a homebody. Some people want to stay really close to their parents. Others couldn’t get far away enough. Consider how cool you are with living anywhere. If you have different desires, see if you can find a way to compromise.
The most important thing to consider when you’re looking for your ride or die is whether you’re willing to compromise for this person. There’s nothing wrong with not being able to compromise on some things. But if you know you can’t compromise, let them go. You should both be able to have the happiest, most fulfilling lives possible. And if you’re meant to work it out, you will.

6 Common Nutritional Deficiencies (And Signs You Have Them)