Popular
Binge Eating: The Most Common Eating Disorder in...
Eat These Foods To Lose More Weight
Exploring the Intersection Between Obesity and Sexuality
Do Probiotics Help You Lose Weight?
10 Best Herbs and Spices for Weight Loss
Why I Now Believe Male UltraCore is the...
The Easiest Way to Get Erectile Dysfunction Medication
What You Need to Know About Penile Yeast...
The Number One Reason Why Guys Are Bad...
Old Man Sex: What You Need to Prepare...
Home » MICRO-CHEATING AND YOUR RELATIONSHIP
Sex

MICRO-CHEATING AND YOUR RELATIONSHIP

Micro-cheating is a thing. For many couples, it can be a lot of little things that add up to big problems. But, what is micro-cheating and could you be doing it?

While lust and temptation are pretty much a facet of being a human being with the ability to take in information, acting on them is a different matter. Do you feel that your wife is micro-cheating on you if she’s flirting with a colleague? If your husband is having phone sex with some guy who isn’t you? 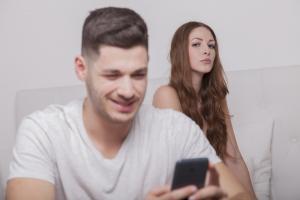 Esther Perel, a therapist has studied the different forms of micro-cheating and has published a book titled The State of Affairs: Rethinking Fidelity. This book looks at how people cross the line from a relatively harmless situation to an affair. Perel gave a TED talk, stating that the motive for pursuing or engaging in an affair is usually not because of any other reason but a need to find a part of yourself that has been lost. In her talk, she says that the goal is not to find another person.

She also states that there are a few myths about cheating that should be discussed. Those being that boredom in a relationship leads men to cheat and that a marriage is irreparably damaged by infidelity.

According to Martin Klein, Ph.D., and therapist, he has noted that many of his clients would like their marital sex to be as exciting as the sex is when they are thinking of or having an affair. While this comparison is hard to make, Klein says his clients can act as if their partners are amazing by going into sexual relations prepared by using visualization and prioritization, savoring their sexual encounters by staying present, adding new activities so sex does not feel stale and ensuring their partners feels excited, wanted, and very attractive.

According to Robert Weiss, L.C.S.W, and author of bestseller Out of the Dog House, infidelity encompasses behaviors that would signal and mean a lot if your partner if they found out. These behaviors are done in secret because you know that your partner would not approve of them.

To look at men and women’s definition of cheating, a poll was taken which included 1,600 men an 800 women. While nearly all of these men and women believed intercourse and oral sex were cheating, other activities received surprising and contradictory answers. So, before you engage in any activity, or if you feel like you must hide this activity, discuss your partner’s beliefs beforehand.

A good rule is if you feel (even a little) like you need to hide what you are doing, you should not be doing it.

Now, that we have gotten the basics out of the way, let’s get into the activities and what the men and women thought about their potential for being micro-cheating. 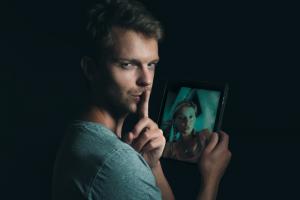 DINNER WITH A PERSON YOU FIND ATTRACTIVE

When asked if they believed sharing a late-night meal with someone you found attractive was micro-cheating, 62% of men versus 43% of women thought it was.

Work can be a drag. For some people, rarely, for others, all of the time. You may get close to one of your colleagues. With all of this time passing, have you become too close for your partner’s comfort? According to this poll, 29% of men think you can definitely get too close and 33% of women thought the same.

If you are looking forward to seeing your colleague much more than your partner or longing for your colleague, then this can indicate a problem with your home wife or husband.

65% of men and 83% of women thought keeping a dating profile while being in a committed relationship was behavior that could damage your relationship.

Technology has made the world so much smaller and so much bigger. Oftentimes, cheaters are caught because of texting. These text and photo messages can linger, giving you the chance of getting caught. If you are not talking with another person, your partner may feel replaced by your phone. When with your partner, make sure they feel heard and like you actually want to be with them. Never let your phone become a third person who hogs all of your attention in the relationship. 75% of men and 84% of women thought sexting was a micro-affair with every message sent.

Your partner should never have to fight for your attention when your phone is in the room. Stay present and focused on your real life interactions.

This behavior tied for both genders at 15%. Following the happenings of your ex was not a huge deal but could potentially cause issues in relationships.

Overall the numbers were higher for women, but they were quite reasonable for men, as well. While these differences can cause issues, they do not have to as long as activities are discussed beforehand.

4 Micronutrients That Are Essential For Male Fertility

5 Psychological Issues That Cause Premature Ejaculation