Popular
Binge Eating: The Most Common Eating Disorder in...
Eat These Foods To Lose More Weight
Exploring the Intersection Between Obesity and Sexuality
Do Probiotics Help You Lose Weight?
10 Best Herbs and Spices for Weight Loss
Why I Now Believe Male UltraCore is the...
The Easiest Way to Get Erectile Dysfunction Medication
What You Need to Know About Penile Yeast...
The Number One Reason Why Guys Are Bad...
Old Man Sex: What You Need to Prepare...
Home » How to Make Her Want You and Avoid the Friend Zone
Sex

How to Make Her Want You and Avoid the Friend Zone

“You’re going to find someone who’s good enough for you someday…” Why not you?

And “I feel like I can really confide in you.” So why not do some pillow talk, too?

Heard her say these things before? Heard a ton of girls say this before? Sick of the friend zone? Then you’ve gotta make some changes. It’s not that being a nice guy means you deserve sex with a girl, but you’d think it would help. Instead, you see girls chasing after a bunch of bona fide assholes.

Maybe this sounds harsh. Maybe it is. Probably, that’s exactly what you need. The thing is, women are attracted to men who take care of themselves and who make themselves look the best they can look. (Duh.) This means working out and eating healthy if you need to slim down or build some muscle. Or just stepping up your fashion game.

Stop being so nice.

This isn’t to say that some women don’t like having the door held open for them or having their dinner paid for. What we mean is that the thrill of the chase is a very real and fun thing. Take advantage of it. Let her text first or plan the date sometimes. If she doesn’t put any effort in, bail. She’s clearly not interested. If she does want you and learns she has to put some effort in, she doesn’t take you for granted or get bored.

Show that you’ve got a life. Go out with friends. Say you can’t hang out from time to time because you’ve got something else going on. Absence makes the heart grow fonder. When she can’t see you all the time, she wants to be with you all the more. And, once again, if she doesn’t make the effort, you want to get out anyway.

Show her you want her.

Once a guy texted me shortly after meeting me that he collected interesting people and wanted to get to know me better. I was totally blown away. He had me hooked just like that. Sometimes honesty and boldness really pay off. Too many guys beat around the bush trying to be cool and hard to get. And it backfires.

If boldness of that caliber just isn’t you, flirt. This makes it clear that you’re interested in more than a friendship, but it isn’t so bold to scare off a shyer girl.

Actually take her out on a date.

These days, too many people are down to sit at a bar or even sit around at each other’s houses, doing essentially nothing. That’s fine sometimes, but it also tends to be fucking boring. Anyone can do that. Be dynamic and show that you like doing new things and exploring. Invite her to actually go do something. If the activity’s fun, you seem even more fun, too. 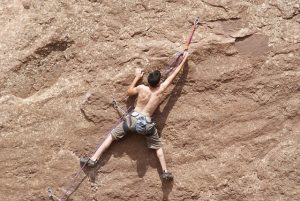 Have hobbies. Be passionate. Do stuff. Too many guys are straight-up boring. What most people want is someone who will enrich and improve their lives. Show you’re capable of doing that.

This goes back to the guy who told me he wanted to get to know me. Dale Carnegie, master of social interaction, once said, “You can make more friends in two months by becoming interested in other people than you can in two years by trying to get other people interested in you.” You want to be interesting, but you also don’t want to be a braggart. It’s a major turn-off. A real turn-on? Ask her about herself. People love talking about themselves, and if you just let her do that, she’s going to like you a hell of a lot more.

If she plops you in the friend zone and friendship isn’t what you’re going for with her, bail. There are plenty of girls on Tinder desperately seeking a sex buddy.

The Ultimate Guide to Erogenous Zones

Why You Should Roleplay and How