Popular
Binge Eating: The Most Common Eating Disorder in...
Eat These Foods To Lose More Weight
Exploring the Intersection Between Obesity and Sexuality
Do Probiotics Help You Lose Weight?
10 Best Herbs and Spices for Weight Loss
Why I Now Believe Male UltraCore is the...
The Easiest Way to Get Erectile Dysfunction Medication
What You Need to Know About Penile Yeast...
The Number One Reason Why Guys Are Bad...
Old Man Sex: What You Need to Prepare...
Home » How to Last Longer During Sex
Sex

How to Last Longer During Sex

Sexual performance has become one of the main topics explored through magazine articles, podcasts, radio programs and even on TV shows. In addition, to be the incentive of discussions about sex, researchers have also dedicated their time to explore the biology and psychology behind sex. A research study by the Journal of Sexual medicine sort to answer the age-old questions of: How long should sex last? According to the research, the data concluded that sex lasts approximately 3-13 minutes. Although this seems like a short period of time, this time estimation is a cause of concern for men as it takes the average men 3-5 minutes to orgasm after intercourse in initiated while it can take a woman up to 20 minutes to orgasm.

Feeling confident in your sexual performance is heavily dependent on how satisfied you and your partner feels after you have sex. Therefore, lasting longer during sex places you at a greater advantage of satisfying your partner. With facts above your probably wondering how you can last longer during sex?

Here are a few facts that can help you to last longer in bed. 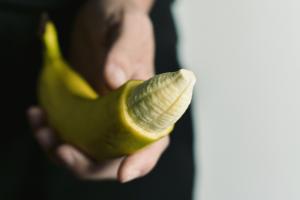 Circumcision is the removal of the foreskin to reveal the head of the penis. Being circumcised can help you to last longer during sexual intercourse, as the foreskin highly sensitive and as a result can cause you to reach satisfaction quicker than expected. In a research study published by the Journal of Urology Annals, researchers explored circumcision as a treatment option for premature ejaculation. This study was conducted amongst 47 participants who underwent partial circumcision and then were followed up on via a survey that examined their ejaculatory latency time during sexual intercourse, satisfaction and control over their ejaculation. The research reported the ejaculatory latency time during sexual intercourse increased from 64.26 seconds to 731.49 seconds, which is an increase of about 12 minutes. Additionally, 95.7% of the participants expressed that they had better control over their ejaculations.

Although most men are not given the opportunity to decide whether they want to be circumcised or not, in addition to promoting genital hygiene, circumcision also benefits your sexual performance but assisting you in lasting during sexual intercourse.

Pelvic floor exercises, which are exercises targeted at stretching muscles around your pelvic area, can also help you to last longer in bed. In a recent research study presented at the European Congress of Urology, researchers found a direct correlation between doing pelvic exercises and reducing one’s risk of premature ejaculation. Forty male participants were trained to perform pelvic exercises over a period of 12 weeks. At the end of the study, the average ejaculation average had risen to 146.2 seconds, which is a significant increase from the average 31.7 seconds that reported at the beginning of the trial. After the trial ended, 13 participants decided to continue using the pelvic floor exercises and reported that they were able to maintain their extended ejaculation time.

Conducting a quick google search to find pelvic floor exercises that you can implement into your daily routine or your exercise may be the only thing hindering you from lasting longer in bed. 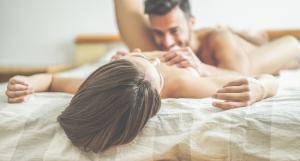 Simply kissing and caressing your partner can go a long way in achieving sexual satisfaction and the end of sexual intercourse. Spending time to focus on the simple things that excite you such as stimulating their erogenous zones or even placing their pleasure before your own by engaging in oral sex can help you to last only once you engage in sexual intercourse. In a research study published by the Journal of Sex Research, researchers discovered that couples have a tendency of rushing through foreplay to get to sexual intercourse, spending more time having sex than stimulating each other. This research highlights the benefits of foreplay, taking a step back to explore each other’s bodies, things that your partner enjoys and enjoying the intimacy that foreplay brings can heighten your satisfaction and lessen the pressure placed on sexual intercourse to be the main stimulant of satisfaction.

Before diving into foreplay, it is important to have a conversation with your partner about things that they enjoy and feel comfortable doing because foreplay is about what you can do for your partner and not things that you enjoy doing. You’ve probably heard this time and time but, communication is the key to having a great sexual relationship.

Lasting longer during sex or extending your intravaginal ejaculatory latency time, in scientific terms, can be as revolutionary as undergoing the surgical procedure of circumcision to simply focusing on your partner needs during foreplay. Regardless of what technique you choose to implement to last longer in bed, it is important to understand your body, sexual performance, and needs of your partner before making these adjustments. Placing too much pressure on lasting longer in bed can ruin your sexual intimacy and performance with your partner, which in essence can spiral into affecting your relationship.