Popular
Binge Eating: The Most Common Eating Disorder in...
Eat These Foods To Lose More Weight
Exploring the Intersection Between Obesity and Sexuality
Do Probiotics Help You Lose Weight?
10 Best Herbs and Spices for Weight Loss
Why I Now Believe Male UltraCore is the...
The Easiest Way to Get Erectile Dysfunction Medication
What You Need to Know About Penile Yeast...
The Number One Reason Why Guys Are Bad...
Old Man Sex: What You Need to Prepare...
Home » How Obstructive Sleep Apnea Causes Erectile Dysfunction
Sex

Obstructive sleep apnea is a condition wherein your upper airway completely or partially collapses repetitively while you’re sleeping. This means that your breathing stops and starts repeatedly due to this sleep disorder. When you stop breathing, your body doesn’t get enough oxygen and you experience hypoxia.

Heavy and loud snoring is a common symptom of obstructive sleep apnea, which occurs because air has to squeeze through the tightened airway space. You may also find yourself waking up abruptly while gasping or choking. You may also experience having a sore throat and a dry mouth when you wake up.

Other symptoms include excessive daytime drowsiness, morning headaches that are difficult to treat, forgetfulness, and not being able to properly concentrate. Daytime somnolence or excessive daytime sleeping is another common symptom of obstructive sleep apnea.

Obstructive sleep apnea can lead to various other serious conditions. That’s due to poor sleep quality and the periods of oxygen deficiency that you experience every time you have an apneic episode. 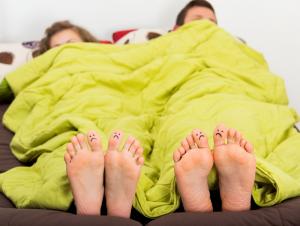 Even though there have been a number of observational studies on men with obstructive sleep apnea, experts have not yet fully established exactly how the sleep disorder causes erectile dysfunction.

Nevertheless, several theories have been put forth to try and explain the relationship between obstructive sleep apnea and erectile dysfunction.

One theory explains that a lack of rapid eye movement (REM) sleep contributes to erectile dysfunction. When you’re sleeping soundly, you may get an erection during REM sleep time. These unconscious erections help you maintain your erectile tissues by delivering oxygen-rich blood to your penile corpus cavernosa tissues.

Another theory that tries to explain how obstructive sleep apnea causes erectile dysfunction focuses on the hormonal imbalances brought about by the changes in sleep pattern as a result of sleep apnea.

The changes in sleep pattern negatively affect the hypothalamus-pituitary-gonadal system, which then results in a reduction in the release of testosterone. Low testosterone levels are also associated with the degree of oxygen deficiency during sleep. In turn, these hormonal changes cause a decrease in your libido.

Obstructive sleep apnea also causes a transient hypoxic environment. This means that because your airway is blocked and you stop breathing for a moment, you temporarily experience oxygen deficiency every time you have an apneic episode. This lack of oxygen can affect your erectile function, as evidenced by decreased instances of nocturnal erections.

Other studies hypothesize that the lack of oxygen that obstructive sleep apnea causes also results in changes to your nerves, especially the nerves in your genital area. In particular, oxygen deficiency damages your pudendal nerve transmission and your bulbocavernous reflex.

The depression, sleepiness, and daytime somnolence that are associated with obstructive sleep apnea may also contribute to erectile dysfunction. It’s a known fact that depression increases your risks of becoming impotent.

In fact, in a recent study, it was found that men with obstructive sleep apnea who showed depressive symptoms and had low quality of life scores were highly likely to develop erectile dysfunction.

Researchers also indicate that men who suffer from obstructive sleep apnea often feel stressed and fatigued due to lack of quality sleep. Both stress and fatigue can also contribute to erectile dysfunction.

When You Have Erectile Dysfunction 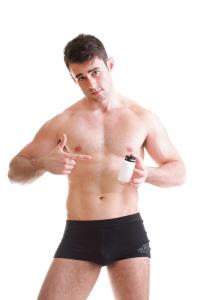 It contains maca and Tongkat Ali which can help reduce your stress levels, energize you, restore your libido, and help you achieve strong erections. These two herbs have been widely studied and proven to benefit men who are dealing with erectile dysfunction.

This also contains powerful aphrodisiacs and libido boosters such as Butea superba, muira puama, damiana, and Xanthoparmelia scabrosa. With all these natural ingredients, it can help boost your testosterone levels, increase your sexual desire, and help you get rid of your erection problems.

The Most Common Mood Killers That Every Couple Has Experienced