Popular
Binge Eating: The Most Common Eating Disorder in...
Eat These Foods To Lose More Weight
Exploring the Intersection Between Obesity and Sexuality
Do Probiotics Help You Lose Weight?
10 Best Herbs and Spices for Weight Loss
Why I Now Believe Male UltraCore is the...
The Easiest Way to Get Erectile Dysfunction Medication
What You Need to Know About Penile Yeast...
The Number One Reason Why Guys Are Bad...
Old Man Sex: What You Need to Prepare...
Home » Exploring the Intersection Between Obesity and Sexuality
Weight Loss

Exploring the Intersection Between Obesity and Sexuality

Although there is a significant lack of scientific research that explains the correlation between obesity and sexual performance, initial studies point to the negative effect of obesity on intercourse, especially among women. The drastic changes in one’s physique, sexual appetite, and performance can greatly lower one’s self-esteem and even mental health. A healthy diet, avoiding illegal drugs, and even surgeries are some ways to effectively lose weight.

A person’s sexual behaviors and lifestyle make up one’s sexuality. Each individual has distinct sexuality from the others due to differences in upbringing and environment. Changes to one’s physique even affect sexuality—obesity triggers libido levels and self-esteem to drop. This touchy subject requires a healthy discussion with non-biased health professionals.

Commonly referred to as having excess body fat and a body mass index (BMI) beyond 30, obesity in Australia has now arrived at an epidemic level. Multiple health conditions are associated with obesity: bone, heart, and kidney problems to name a few. Its negative impact on daily activities can manifest in terms of low self-esteem, anxiety, depression, and sleeping difficulties. Numerous studies have been to analyze the cause and how best to control obesity to avoid complications in the future. So far, most treatments are given in combination. Some of these are weight loss drugs, lifestyle changes, meal replacement programs, and even weight-loss surgeries.

How Obesity is Associated with Sexuality

Obesity and sexuality are research topics that are mostly being studied separately. The very few existing studies that focus on the connection of the two are insufficient to establish a final and unanimous conclusion among the experts. There are obvious societal biases in favor of thin people being desirable over those who are not. This may even trigger obese individuals to spiral into various types of mental health problems. In addition, obese people are prone to lower sexual drive and satisfaction. The effect of obesity on male sexual dysfunction is more understandable as compared to that of women. For males, evidence regarding erectile dysfunction caused by obesity has been verified. Societal discrimination, psychological, and health problems linked to obesity have prompted scientific experts to research, create, and offer treatment for these individuals.

In the same way, obesity can be caused by a deep-rooted mental health condition as a coping or defense mechanism. For those who have experienced sexual abuse, obese individuals may have purposely gained weight to avoid both the attention of people in general and create an undesirable image to ward off predators. Others have unconsciously gained weight due to comfort eating and binge eating as a coping mechanism. Simultaneous guidance from weight management health professionals and psychiatrists is likely required to effectively address this multilayered issue.

Some of the general findings that multiple studies have agreed on are the following: 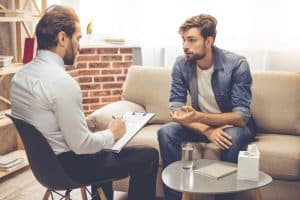 Even with the help of medical experts and healthcare professionals, treating sexual dysfunction in obese people can still be tough. A doctor’s assessment is required to accurately identify the problem before a possible set of treatments will be given. Both obese and non-obese are equally vulnerable to having sexual identity and function problems. It is important to muster the courage to take that first step in seeking medical help. 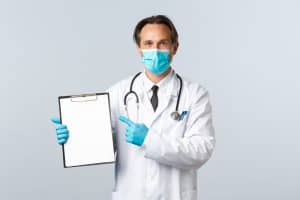 There is a significant limitation in terms of existing studies conducted regarding the correlation between obesity treatments and improvement of sexuality. Hypothesis and initial results show that weight loss has a positive result on one’s quality of sex life, self-esteem, physiological functions, mental well-being, eating patterns, and social relationships. The more weight is lost, the greater and more fulfilling the experience will be for the person.

However, weight loss treatments via surgical means and their results remain uncertain. Some studies show affirmative results. One study focused on obese women who went through gastric banding reported that the majority experienced a significant improvement in their sex life, sexual satisfaction, and sexual performance after the surgery. Others narrated the progress in their social relationships. However, the already declining state of sexual-related functions can further degenerate. Among the many factors that can contribute to this are instability in relationships, identity issues, gaining weight, and noticeable remnants of an obese body such as hanging and flabby skin. As for males, the good news is that non-surgical ways of losing weight are enough to treat erectile dysfunction and enhancing various sexual functions such as arousal, libido, and satisfaction among women. Numerous scientific studies have verified the authenticity of this claim.

Do Probiotics Help You Lose Weight?

Binge Eating: The Most Common Eating Disorder in...

Do Probiotics Help You Lose Weight?

MISTAKES TO AVOID WHEN TRYING TO LOSE WEIGHT

WHAT WORKS BETTER FOR WEIGHT LOSS; DIETING OR...

Have A Stubborn Belly Fat? Blame It on...