Popular
Binge Eating: The Most Common Eating Disorder in...
Eat These Foods To Lose More Weight
Exploring the Intersection Between Obesity and Sexuality
Do Probiotics Help You Lose Weight?
10 Best Herbs and Spices for Weight Loss
Why I Now Believe Male UltraCore is the...
The Easiest Way to Get Erectile Dysfunction Medication
What You Need to Know About Penile Yeast...
The Number One Reason Why Guys Are Bad...
Old Man Sex: What You Need to Prepare...
Home » Brain Injury in Childhood Linked to Anxiety and Depression Later in Life
Health

Traumatic brain injury (TBI) always comes with consequences, even if a person has sustained it back in childhood. Evidence shows that even mild childhood TBI can have long-term effects including decreased cognitive abilities. Luckily, improving memory after an injury is possible as recovery goes on. Previous research showed that children with TBI are significantly more likely to develop long-term psychological and social problems.

It is important to elaborate that traumatic brain injury occurs when an outside force (in most cases a blow to the head) causes brain dysfunction indicated by loss of consciousness, amnesia, or damage to the tissue that is only visible on a scan.

In order to get a more detailed insight into this subject, Michelle Albicini and a team of researchers at the Monash University School of Psychological Sciences in Melbourne, Australia carried out a study. The primary objective was to evaluate long-term psychiatric consequences in persons with a history of childhood TBI or orthopedic injury (OI). 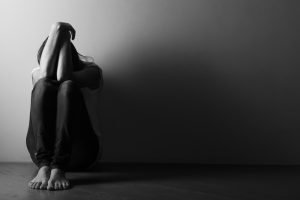 Results of the study were published in the Journal of Head Trauma Rehabilitation, and they showed that children who sustained TBI might experience psychological effects such as anxiety, depression, or phobias ten years later.

The highest rates of anxiety disorders were found among participants with moderate to severe brain injuries. In fact, this particular group was more likely to develop multiple anxiety disorders simultaneously.

These findings indicated that in some way, brain injury is associated with long-term anxiety symptoms. This is a major discovery because previous research showed the effects of TBI were short-term, Albicini explains.

In terms of gender differences, women were four times more likely to develop an anxiety disorder regardless of whether they sustained TBI in childhood or not. According to the research team, their results emphasize the growing need to monitor children and teenagers for the onset of anxiety disorders after TBI. Even though most people make a full recovery from TBI, others experience symptoms such as anxiety and depression.

The underlying mechanisms of traumatic brain injury and mental health are still unknown. Researchers emphasize the importance of more studies on this subject.

Previously, a study from the Journal of Neurology found that memory impairment affects 54-84% of individuals with TBI. Adequate recovery helps affected individuals improve memory and preserve mental and emotional health. Here are some TBI recovery tips for children, in case your kid sustained an injury:

On the other hand, if you’re an adult who has sustained TBI back in childhood, strive to eat brain-healthy foods and try good memory enhancers that are also known for the potential to improve your mood. If you deal with anxiety or depression, make sure your doctor knows about previous brain injury.

Traumatic brain injury is indicated as the damage that occurs when a person suffers a major blow to the head after an accident. This injury is not to be messed with, which is why it is crucial for both adults and children to adhere to doctor’s orders during the recovery stage. The latest study found that people with TBI are more likely to develop anxiety, depression, phobias, and panic attacks. The underlying mechanisms aren’t clear just yet, but this discovery offers another dimension to mental health problems and the way they are treated.

Boost Sex Stamina with These 10 Foods

How Anxious Men Can Improve Their Mental Well-Being