Popular
Binge Eating: The Most Common Eating Disorder in...
Eat These Foods To Lose More Weight
Exploring the Intersection Between Obesity and Sexuality
Do Probiotics Help You Lose Weight?
10 Best Herbs and Spices for Weight Loss
Why I Now Believe Male UltraCore is the...
The Easiest Way to Get Erectile Dysfunction Medication
What You Need to Know About Penile Yeast...
The Number One Reason Why Guys Are Bad...
Old Man Sex: What You Need to Prepare...
Home » A Man’s Guide to Circumcision – Everything You Need to Know
Sex

A Man’s Guide to Circumcision – Everything You Need to Know

Does it really matter if you’re circumcised or not?

Circumcision is a very controversial and uncomfortable topic to talk about, regardless if you’re cut or not. Opinions about circumcisions range from legitimate health benefits to a cruel form of body mutilation. With so many opposing views, it’s amazing to see that most men aren’t fully aware of what circumcision does to the body, or if there’s any form of benefit to retaining the foreskin. In this article, we’ll answer all of the questions you may have about circumcision to help you understand the truth behind the controversial elective procedure.

Why do men get circumcised?

Circumcised men are far more likely to be in locations where there is a strong community that’s deeply involved in the culture and religion of the area.

The practice of circumcision dates back thousands of years – even as far back as the time of Abraham in the Bible. According to Jewish law, circumcision is the depiction of the covenant between God and Abraham, and it is a requirement for Jewish boys and men to be circumcised to be accepted in the Jewish faith.

The Islamic faith has similar purposes for circumcision. Muslim boys undergo circumcision as an introduction to the Islamic faith, but the true purpose of circumcision in Islam is mainly for hygiene and purification. Urine is seen as dirty, and Muslim men must rid themselves of any traces of urine before praying, and circumcision is simply a practical way to keep the penis clean from any residual urine.

In some areas, such as in Africa and Southeast Asia, circumcision is seen culturally as a rite of passage to adulthood. Undergoing the rite of circumcision in these areas is seen as a sign of masculine courage, and very little attention is given to the hygienic purposes of circumcision.

The real difference between circumcised and uncircumcised 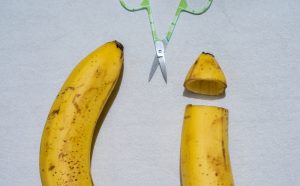 According to urologists, men benefit from circumcision because of its hygienic purposes. The foreskin could trap residual urine and bacteria, which could cause urinary tract infections. The secretion of oil glands in the penis, called sebum, could also build up, together with moisture and dead skin cells to form smegma, which produces a pungent smell.

Apart from the obvious hygienic advantage, the other benefit of circumcision is purely cosmetic. In most countries, including the United States, most women expect men to be circumcised. Surveys suggest that women prefer circumcised men, citing better appearance, hygiene, reduced risk of infection, and the general expectation of what is normal. The survey also suggests that circumcision does not affect the overall pleasure that women experience during sex, but men generally feel more stimulation if they are uncircumcised.

The foreskin, along with the skin on the shaft of the penis, is filled with nerve endings that can get stimulated during sex. Men who have had experience having sex before and after circumcision note that there is a distinct change in the sensation, but they mostly felt that the change was negligible.

Should you get circumcised as an adult?

Doctors may recommend circumcision for men who have problems avoiding infections. It may also be recommended for men whose foreskins do not retract during an erection. Men who experience pain during sex may also opt for the procedure. Men who generally have no problems with hygiene, pain, and infections may experience no added benefit to having the procedure done, except for its cosmetic benefit. 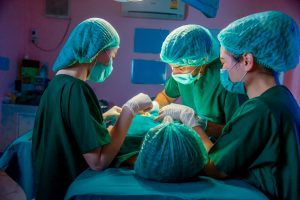 Circumcision is an outpatient elective procedure that may not be covered by your health insurance. You need to discuss the specifics, coverage, and overall cost with your doctor and health insurance company to anticipate the cost of the procedure, including your recovery period. The wound from circumcision generally heals within weeks, and proper care must be observed to prevent infections. Circumcision during puberty and adulthood generally carries a higher risk of infection after the procedure.

The procedure is generally safe, and your doctor and surgeon will walk you through the risks associated with circumcision. Children who undergo circumcision will most likely have the procedure under general anesthesia, while adults and teens may undergo the procedure with only a local anesthetic applied to the groin region.

There are real benefits to having the procedure done but do not expect anything more than the hygienic and cosmetic benefits of circumcision. Circumcised men can still encounter infections and pain in the region, and generally, uncircumcised men can enjoy healthy sex life. The procedure may not dramatically alter your sex life, and the risk and total cost of the procedure should all be taken into consideration before you decide whether to undergo circumcision or not.

The End of an Era – Why Manly Men are Disappearing.

Old Man Sex: What You Need to Prepare For