Popular
Binge Eating: The Most Common Eating Disorder in...
Eat These Foods To Lose More Weight
Exploring the Intersection Between Obesity and Sexuality
Do Probiotics Help You Lose Weight?
10 Best Herbs and Spices for Weight Loss
Why I Now Believe Male UltraCore is the...
The Easiest Way to Get Erectile Dysfunction Medication
What You Need to Know About Penile Yeast...
The Number One Reason Why Guys Are Bad...
Old Man Sex: What You Need to Prepare...
Home » 6 THINGS THAT KILL YOUR SPERM
Sex

6 THINGS THAT KILL YOUR SPERM

Are you murdering your sperm before they get a chance to create new life? Has your fun-loving life slowed the production of your little swimmers?

Having said that, you may not be intentionally causing damage to your fertility. You may be doing many things that lower your chance of conceiving children without knowing you are making these mistakes. Just like your testicles must stay cooler than your regular body temperature, so must you take care of your body in many different ways to produce the most sperm you can.

There are many habits that do not seem so bad but are detrimental to your sperm. While conceiving a baby may seem like an easy process, it is far from it. 1 in 8 couples trying to get pregnant have difficulties, and 1 of 3 cases of difficulties are due to issues on the male’s side, states Resolve, the leading national organization on fertility.

Studies have shown that sperm counts are steadily declining, so here are six habits that may be contributing to fewer infant-makers.

Placed in the journal, Fertility & Sterility, is an article chronicling the sleep habits that are optimal for sperm production. According to this study, men who slept for less than six hours each night had a 31 percent lower chance of impregnating their partners, while men who slept for seven to eight hours had the highest sperm count.

Testosterone fuels sperm production and when you are not getting enough sleep, you are more likely to produce less testosterone.

So, you may think you should burn the midnight oil, as the saying goes, and then sleep for a few days to make up. This method does not work to reset your sleeping clock or refresh you. After long periods of missed sleep, it will hinder your fertility. The study also showed that men who slept over nine hours displayed decreased fertility.

So, this study shows that there is a magic number when it comes to getting the best sleep: 7 to 8 hours. In addition, going to bed at 10 pm is an excellent time as the optimal times for your body to repair itself are between 10 pm and 2 am. 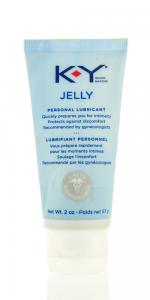 While lubricants like K-Y and Astroglide are comfortable for your sexual relations, they are not good for your sperm’s swimming ability, according to a 2014 study in Fertility & Sterility. These lubricants are very thick and may make it hard for your sperm to swim, according to Dr. Nangia. Not only are these two thick, but they have hydrochloric acid, which kills sperm. A better lubricant is PreSeed.

Eating a lot of fish is an excellent way to assist your sperm. A study looked at 155 men and discovered that those who ate fish like salmon or tuna, which contain a lot of omega-3s, seen higher levels of healthy sperm.

Men who ate a lot of processed meat, such as hot dogs, bacon, and salami, had low amounts of sperm. Those they did have were of poor health. This study found that these processed meats may reduce testosterone.

Human Reproduction has published a study stating that drinking more than one carbonated beverage, soda specifically, can lower your sperm’s ability to swim. In addition, ingesting too much sugar can lead to difficulties metabolizing glucose, which can make it hard for your body to use glucose for energy.

Columbia University looked at the effects of stress on sperm and found that men who have higher levels of stress have lower quality sperm than men who were better able to control their stress. According to Dr. Nangia, a lot of stress could send your reproductive hormones out of control or may trigger inflammation of your proteins which could harm your sperm.

Some ways to reduce stress is to exercise so that your body can release endorphins, talk with your partner or someone else you are close to, or discuss your stressors with a professional if you are unable to lower your stress levels by yourself.

#6 PLACING YOUR SMARTPHONE NEAR YOUR GROIN 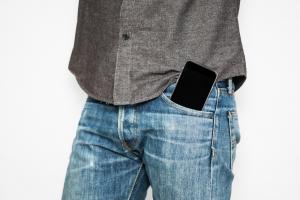 Your smartphone, as smart as it may be, could damage the DNA of your sperm, lower the amount, and negatively affect their ability to swim. Not to mention, the added heat from your phone could increase the temperature of your testicles which could lead to a lowered sperm production.

You may not need to get rid of your phone altogether, but putting it in your jacket pocket or some other place throughout the day could ensure your sperm have the best chance.

Concurrent with these changes to your lifestyle, adding all-natural male enhancement supplement to your daily routine, could boost your sperm count, health, penis size and sexual drive.

A Look Inside Sexual Disorders