Popular
Binge Eating: The Most Common Eating Disorder in...
Eat These Foods To Lose More Weight
Exploring the Intersection Between Obesity and Sexuality
Do Probiotics Help You Lose Weight?
10 Best Herbs and Spices for Weight Loss
Why I Now Believe Male UltraCore is the...
The Easiest Way to Get Erectile Dysfunction Medication
What You Need to Know About Penile Yeast...
The Number One Reason Why Guys Are Bad...
Old Man Sex: What You Need to Prepare...
Home » 5 Foods to Improve Your Sex Life
Sex

5 Foods to Improve Your Sex Life

Our ancestors have long believed in the ability and power of certain foods to improve their sex lives. This included exotic fruits and other rare luxurious foods from far away lands.  Some people to this day still believe that some of these foods have a sort of magical power that can increase sexual desire and performance. Was what our ancestors believed true, or did they foolishly believe in fairytales that had no basis in reality?

Biochemistry and science in general does support this belief that certain foods positively affect sexual performance, including drive and stamina. It is difficult to pinpoint exactly what the determining factors are behind whether or not a food will help improve sexual performance due to the sheer amount of various compounds found within the particular food item, and how it interacts with the body’s own biochemistry. With that being said, if a food contains compounds or chemicals that are associated with improved blood circulation, generally speaking that food will have a positive impact on sexual performance as well. Having the blood at the correct consistency; not too thick nor to thin along with a vasodilator is what allows the blood to flow to the areas where it is needed.  Some of these foods will aid in vasodilation where others will help improve other chemical interactions associated with sexual performance.

I’m sure many people would be surprised to see alcohol on a list of foods associated with improved sexual performance, but alcohol does just that.  Alcohol is known as a relaxant which reduces inhibition and can increase confidence, which most everyone is aware of.  In addition to that though, alcohol also influences the production of nitric oxide, which controls vasodilation. This increases the surface area of the blood vessels, allowing for increased blood flow.

Oysters have been considered an aphrodisiac for well over a thousand years. There is no concrete evidence as to why this is but it is believed to have something to do with oysters having a high concentration of zinc. Zinc is important when it comes to sexual performance because zinc is used by the body to produce testosterone. Testosterone is a male sexual hormone which is linked to libido and sexual stamina.  Oysters are also a good source of omega-3 fatty acids which are associated with a healthy heart as well.

Watermelon contains not one but two compounds associated with improved sexual performance. The first compound is called arginine, an amino acid which is a precursor to the production of nitric oxide, which signals blood vessels to dilate.  Arginine is an important part of the signaling process where the body tells the blood vessels to expand, increasing blood flow. Watermelon also contains another amino acid associated with sexual performance, called citrulline. Citruline is processed by the kidneys in to arginine; which we know influences vasodilation, increasing blood flow. These compounds found within watermelon are not only beneficial when it comes to sexual performance, but also are good for your heart and circulatory system. 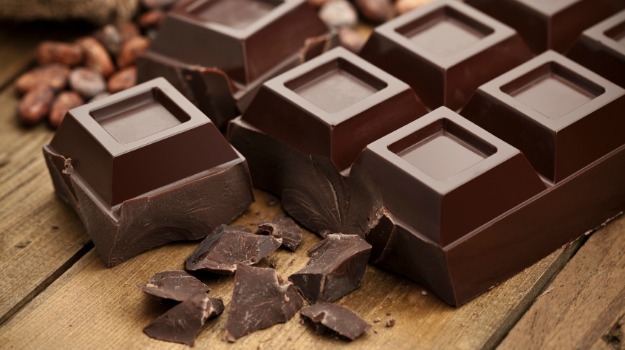 Chocolate is another food that has long been considered an aphrodisiac.  Chocolate is unique to the other foods listed here because the chemicals consumed from chocolate affect our brains as opposed to our blood vessels. The main component of dark chocolate, the cocoa, contains chemicals called flavinoids which not only dilate blood vessels but also reduce stress. The “feel good” compounds found in dark chocolate are the ones that give a boost to sexual drive.

Vegetables, especially ones in dark color(preferably green) are loaded with antioxidants which are good for your overall health, along with vitamins such as vitamin B, are important when it comes to sexual health.

Why Women Fake It