Popular
Binge Eating: The Most Common Eating Disorder in...
Eat These Foods To Lose More Weight
Exploring the Intersection Between Obesity and Sexuality
Do Probiotics Help You Lose Weight?
10 Best Herbs and Spices for Weight Loss
Why I Now Believe Male UltraCore is the...
The Easiest Way to Get Erectile Dysfunction Medication
What You Need to Know About Penile Yeast...
The Number One Reason Why Guys Are Bad...
Old Man Sex: What You Need to Prepare...
Home » 4 Micronutrients That Are Essential For Male Fertility
Sex

4 Micronutrients That Are Essential For Male Fertility

Male infertility is a big issue affecting millions of couples worldwide. In many cases, nutrient deficiency is a major factor contributing to male infertility. In particular, deficiencies in zinc, selenium, and copper are strongly linked with impaired fertility in men.

An important component of hundreds of enzymes in the body, zinc is crucial for male fertility since it’s required in cell division processes and in the synthFesis of nuclear acids and proteins.

Zinc is involved in various stages of sperm production. At the start of spermatogenesis, zinc is necessary for normal mitosis of your spermatogonia, which are undifferentiated germ cells formed in the walls of your seminiferous tubules.

This simply means that when you’re low on zinc, it will negatively affect the number of mature sperm cells that you produce. Moreover, the tails of your maturing sperm will either be crooked, improperly attached to the head, or your sperm may even form double tails. As a result, both your sperm count and motility will be affected if you’re deficient in zinc. 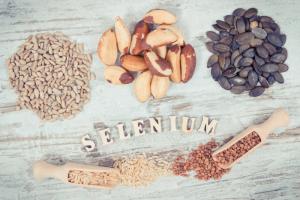 Selenoproteins are protein molecules that contain selenium. The main reason why selenium is extremely important for male fertility is that it’s needed for the formation of selenoproteins that are actually part of the structural composition of the mature sperm cell. Several selenoproteins also provide antioxidant protection for the developing spermatozoa.

In fact, studies have established that abnormal spermatozoa are formed when selenoproteins are absent during spermatogenesis. Hence, if your selenium levels are not normal, it can lead to poor sperm motility, high percentages of abnormal sperm, and decreased fertility.

Other studies have also established that selenium deficiency is strongly linked to seminiferous tubules atrophy and testis volume reduction. In addition, low levels of selenium are also associated with problems during spermatogenesis and during the maturation of the spermatozoa.

Copper is another trace mineral that directly affects semen parameters. Studies show that azoospermic men or those who have an absence or a lack of motile sperm in their semen have significantly lower levels of copper in their seminal plasma compared to fertile men.

Moreover, copper has also been shown to have positive effects on the volume of semen, sperm count, as well as progressive motility. One of the reasons why copper is important for normal sperm motility is that the tail of the sperm is only able to move because it is powered by aerobic energy metabolism.

This means that your sperm has to generate its own energy so that the tail can move and propel your sperm forward. The process of generating energy requires copper so if you don’t have enough copper, your sperm won’t be able to generate sufficient power in order for them to swim forward.

When your copper levels are low, it can also lead to a decreased superoxide dismutase antioxidant activity. This can cause your sperm to be exposed to higher levels of oxidative stress.

In animal studies, copper deficiency has been shown to reduced activity of the Sertoli cells. Your Sertoli cells are part of your seminiferous tubules and one of their function is to nurse the developing germ cells.

In short, when you’re low on copper, the cells that are supposed to develop into mature sperm don’t get enough nourishment. This is another reason why copper is very important for normal spermatogenesis. 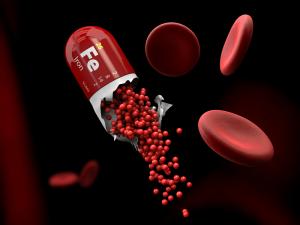 Iron is involved in various processes such as cellular respiration and nucleic acid synthesis, which are both closely related to sperm production and spermatozoa metabolism. Enzymes that contain iron also form part of the structure of the sperm head, midpiece, and tail.

Men who are deficient in iron are often anemic and anemia is strongly associated with poor semen parameters. That’s because sperm production requires a lot of oxygen. But if you’re anemic, your blood cells aren’t able to carry enough oxygen into your testicles. Low oxygen levels in your testicles can result in impaired sperm production.

Enhancing Your Fertility the Natural Way

To avoid infertility, you should make sure your body is getting all the important nutrients it needs. When your reproductive organs have what they need in order to function properly, you wouldn’t have to worry about having abnormally shaped sperm or about poor sperm motility.

If you’re not getting enough nutrients because of your dietary pattern, you can take vitamin and mineral supplements so that you can avoid nutrient deficiencies. If your end goal is to improve your fertility, taking herbal supplements is also an option.

There are many herbal remedies that are scientifically proven to help enhance fertility. For example, tongkat ali and maca are often recommended for men who want to increase their sperm count. All-natural male enhancement supplement has them both, along with many other amazing herbal ingredients.

If you’re having problems with your libido, it can also help increase your sexual desire. It is formulated using potent aphrodisiacs like damiana, Butea superba, and muira puama. Whether it’s for improving your libido, raising your sperm count, or enhancing your erectile function, this can give you the boost you need.

MICRO-CHEATING AND YOUR RELATIONSHIP