Popular
Binge Eating: The Most Common Eating Disorder in...
Eat These Foods To Lose More Weight
Exploring the Intersection Between Obesity and Sexuality
Do Probiotics Help You Lose Weight?
10 Best Herbs and Spices for Weight Loss
Why I Now Believe Male UltraCore is the...
The Easiest Way to Get Erectile Dysfunction Medication
What You Need to Know About Penile Yeast...
The Number One Reason Why Guys Are Bad...
Old Man Sex: What You Need to Prepare...
Home » 4 Fancy (But Easy) Dinners ‘Cause Chicks Dig that Shit
Sex

4 Fancy (But Easy) Dinners ‘Cause Chicks Dig that Shit

Ask any woman what she wants in a man, and you’ll hear the same stuff: First, almost always, a good sense of humor. Then, good looks. Kindness. Good relationship with his mom. Intelligent. Cute, fit, cool. The list goes on. But one thing that women really want is a break from stereotypes and a break from the kitchen. If you show a woman you can cook – a man who can cook?! – you’re automatically 50 brownie points ahead of every other guy. Not to mention, eating at home tends to be cheaper than fine dining. 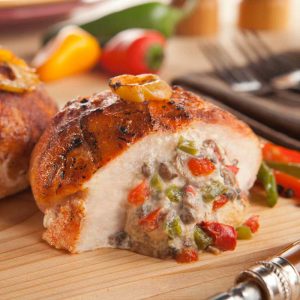 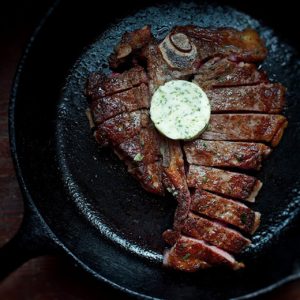 But what if you don’t know how to cook? What if you regularly burn frozen pizzas? We’ve got you covered. Here are four romantic dinners for the one you’re looking to impress.

She can order a salad anywhere, but what you really want is to make her feel full, warm, and well taken care-of. Like you’re the kind of man who can bring home the bacon – and then cook it.

What you need is a steak. But not just any steak. You want a steak soaked in stout and then smothered in beer butter. Chances are, you’ve got Guinness in the fridge already, and there’s nothing like drinking and cooking. All you have to do is broil and boil that steak. The only hard part? Prep: you’ve gotta marinate that meat for about six hours beforehand, so don’t forget.

Whip up some mashed potatoes, buy one of those all-in-one salads, and you’re good to go.

Vegetarianism is so big right now, but it isn’t always so tasty. If you’ve got a gal with a sophisticated palate or a straight-up health freak on your hands, eggplant parm is the way to go. Plus, Italian food is the sexiest cuisine in the world. The nice thing about eggplant parm is that as soon as you’ve set up an assembly line, you’re good to go. Dip the eggplant slices in an egg mixture, then breadcrumbs, and then bake ‘em. After that, you just have to alternate layers of cheese, tomato sauce, and eggplant in a casserole dish and slide it in the oven. What makes this recipe easy is that you don’t have to fry the eggplant, and that also makes it healthier. Win-win!

Anyone can cook chicken, but did you know how easy it is to stuff it and fancy it up just like that? Literally, all you have to do is slice a pocket and stuff the fillings in. What’s more, spices are aphrodisiacs, which means you’re feeling good from the moment you take a bite of this spiced-up chicken.

Garnish with thin lime slices and a bit of cilantro. Look at you, a cooking pro.

Were those too hard? We promised we had you covered. So here’s the easy way out: Trader Joe’s covers the basics. And you put the cherry on top. Trader Joe’s has a huge expanse of frozen appetizers, meals, and desserts. All you have to do is put them together. It’s the thought that counts, and you are putting in some effort!

Cheers to you, top chef.

10 Hot Places You Need to Have Sex

To Beard or Not to Beard: is That Even a Question?