Popular
Binge Eating: The Most Common Eating Disorder in...
Eat These Foods To Lose More Weight
Exploring the Intersection Between Obesity and Sexuality
Do Probiotics Help You Lose Weight?
10 Best Herbs and Spices for Weight Loss
Why I Now Believe Male UltraCore is the...
The Easiest Way to Get Erectile Dysfunction Medication
What You Need to Know About Penile Yeast...
The Number One Reason Why Guys Are Bad...
Old Man Sex: What You Need to Prepare...
Home » 14 Natural Super Foods Your Penis Will Thank You For
Sex

14 Natural Super Foods Your Penis Will Thank You For

Your body needs a wide array of nutrient-packed foods for each specific part. For example, apple has been known to be good for the heart and overall health, carrots for the eyes, onions for blood flow, among others. Basically, everything that Mother Earth produces has its own specific role to play in a human’s health and wellbeing. This means eating enough amount from each specific food groups will make each part of your body functioning well and preventing the onset of many diseases.

When it comes to penile health, knowing the right nutrients and minerals it needs to stay healthy, boost libido, and enhance blood flow is of utmost importance. While health experts say erectile dysfunction starts as you advance in age, some cases of ED in younger people have also been found. Which means, this can happen to you even when you’re still younger.

This is why it pays to keep your penis healthy regardless of your age. Aside from that, ED can also be a symptom for more serious underlying health conditions. But you can prevent his from happening when you eat regularly the following natural foods for penile health.

Remember Popeye? All he needs is spinach to have that unbeatable strength. While there’s a grain of truth between spinach and physical strength, Popeye didn’t reveal the other effects spinach can do for the other parts of the body. Spinach works best below the belt too. It’s rich in folic acid, which prevents erectile dysfunction, and magnesium, which boosts testosterone levels and increases blood flow. A good erection depends on proper blood flow.

“An apple a day keeps the doctor away.” Let’s tweak this a bit: an apple a day keeps the penis healthy. Does that sound good? That might be a bit corny but apple peels are rich in ursolic acid, an active compound that prevents prostate cancer cells to spread. Some people prefer to eat apples without peels. By now, you’ve just known how valuable those peels are.

The caffeine in coffee works great for that pick-me-up mood in the morning. But its benefits go far beyond that. According to researchers, two to three cups of coffee a day can prevent erectile dysfunction. Caffeine also improves blood flow, which leads to stronger erections. However, too much caffeine has also been shown to cause some health problems like an increased risk for heart disease, stomach upset, sleeplessness, and others. Moderation is always key. 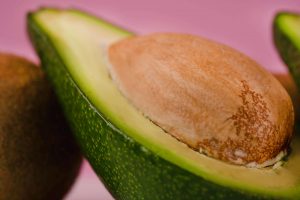 Since ancient times, avocado has been found to offer significant benefits to the male community. In fact, the Aztecs called it the “testicle tree.” that is because avocado is rich in vitamins and minerals your body, as well as your penis, so needs. It has healthy fats for heart health and potassium for blood pressure regulation and liver health. Moreover, avocado contains vitamin E, which improves the quality of sperm, and zinc, which increases testosterone levels.

Chili peppers have been found to be an aphrodisiac and can help enormously in spicing up not only your kitchen but also your bedroom. The capsaicin in chili peppers is responsible for increasing testosterone levels and for triggering the release endorphins, those feel-good hormones that also boost libido.

Oat is a highly beneficial food that helps the stomach and keeps the body sane after a heavy drink. More than that, it’s a sexy food that can help you with that big bang. Oats have L-arginine, an amino acid found to be an aphrodisiac. L-arginine also aids the blood vessels in your penis to relax, which is necessary for sustaining erections and achieving orgasm.

According to health experts, the carotenoids in carrots help with your fertility by improving sperm count and motility. If you have problems with your sperm, try this superfood to boost your sperm performance.

Tomatoes are your best friends when it comes to keeping your penis healthy. They contain most of the benefits your penis needs. Tomatoes are found to help prevent prostate cancer, improve sperm count, motility, and morphology.

Watermelon works more than just beating the summer heat. It’s also an aphrodisiac known to make your erections harder. It has L-arginine that helps increase blood flow to the penis, giving you stronger erections.

Pomegranate is another superfood that supports proper blood flow throughout the body as well as the nether regions. It’s an antioxidant known to prevent erectile dysfunction. What’s more, pomegranate also boasts for longer erections. 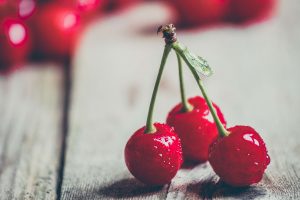 There are a lot of reasons why you should eat cherries. One, for its anti-inflammatory properties. Two, for its blood sugar regulation, especially if you’re diabetic. Three, for heart health. Four, for a lower colon cancer risk. Five, for improved memory. Six, for a good night’s sleep. Last, for proper blood flow, which is necessary for stronger and harder erections.

Like cherries, potatoes can also help you improve your bedroom performance. They are rich in potassium, which boosts circulation and proper blood flow. Potatoes are not only penis friendly foods but also play an important role in your overall health. In other cultures, they’re a staple food that keeps people physically and sexually active.

Because almonds are the most popular healthy nuts, less is talked about Brazil nuts. Though infamous, these nuts play a crucial role in hormone regulation and fertility. Brazil nuts contain selenium, which is an anti-cancer powerhouse that boosts testosterone levels and improves sperm health and motility. Studies show that men who were infertile and had lower testosterone levels were found to have lower selenium levels too while men who were given selenium supplementation were found to have improved fertility and sperm motility.

For a more interesting penile superfood, go for Maca. This Peruvian plant had been used by the ancient Incans to boost sexual performance, stamina, endurance, and fertility. It’s even said that consuming Maca was a ritual the Incan warriors did before going to battles or having sex.

12 Tantric Techniques to a More Fulfilling and Lasting Sexual Experience

Boost Sex Stamina with These 10 Foods