Popular
Binge Eating: The Most Common Eating Disorder in...
Eat These Foods To Lose More Weight
Exploring the Intersection Between Obesity and Sexuality
Do Probiotics Help You Lose Weight?
10 Best Herbs and Spices for Weight Loss
Why I Now Believe Male UltraCore is the...
The Easiest Way to Get Erectile Dysfunction Medication
What You Need to Know About Penile Yeast...
The Number One Reason Why Guys Are Bad...
Old Man Sex: What You Need to Prepare...
Home » 10 Health Foods That Aren’t Healthy
Health

Just because food’s expensive, labelled organic or gluten-free or whatever, or sold at Whole Foods does not mean it’s healthy. Unfortunately, plenty of “health” foods are anything but. Here’s the truth about 10 health foods that do little to nothing for your health.

Veggie’s in the title. They can’t be bad! Eh, they’re not that great. As it turns out, veggie chips are typically nothing more than potato starch or corn flour colored by a tiny bit of vegetable powders. Here’s an easy fix: just eat raw vegetables.

Yes, they’re massively low-calorie. But that’s about all they have going for them. Rice cakes provide about a gram of protein and fiber each and zero nutrients. Flavored rice cakes are even worse, as they’re chockfull of artificial ingredients you can hardly pronounce.

The gluten fad is one of the most annoying fads on the entire planet. If you don’t have celiac disease, stop prancing around with your gluten-free diet. Most alternative flours used in gluten-free products have just as many carbs or more when compared with wheat flours. They’re also low on benefits like fiber and vitamins you get from the real thing. 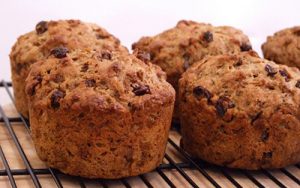 They generally taste like shit, so they have to be healthy, right? Bran is bland and while it’s pretty good for you, most “bran” muffins have a lot of other flours to balance out the boring flavor and even more added sugar and sodium. You might as well get a donut or Danish.

They’re packed with sugars, sugars which go straight to your liver and get stored as fat. Go for a piece of fruit instead, as much of the health benefits in fruit that come from the skin and flesh are lost when you make juice.

Read: candy bars. Most protein bars are little more than glorified, less-tasty candy bars. Most are packed with added sugar and artificial flavoring. Still, they’re a good source of protein. Just read and compare labels to find out the legit ones from the truly unhealthy ones. 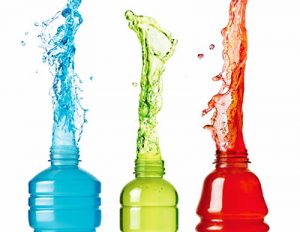 Less tasty, less fun candy. Sorry, but dried fruit isn’t good for you either. It’s sugar packed. It’s chemical packed for a higher shelf life. Now, imagine whole fruits shrunk to dried size. Then think about how many calories you’re getting when you shovel them in.

Brain Injury in Childhood Linked to Anxiety and...